Educational attainment (EA), defined by the number of years of schooling a person has completed, is a complex human trait. However, it is one which seems to be partly under the influence of genetic heredity. 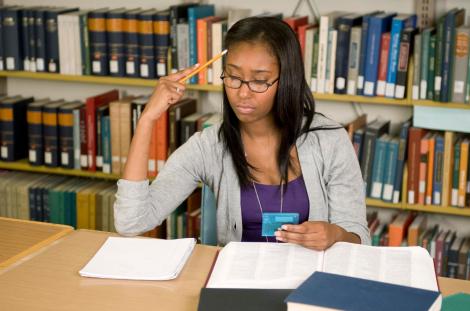 Last year, Okbay et al. (2016) reported 74 new genetic loci associated with EA in close to 300,000 people over the age of 30. The single nucleotide polymorphisms (SNP) identified in the study were located in or near genes that were especially enriched for processes relating to development of the central nervous system. They were also primarily expressed within the brain (as opposed to other tissues such as bone, kidney, or liver).

In particular, these SNPs resided in genes that are expressed early in prenatal development, enriched for processes like: proliferation, neuron migration, axon and dendrite development, and finally cell-cell signaling (e.g., structural components of the synapse, voltage-gated channels, etc.).

Supplementary Fig. 3 from Okbay et al. (2016) showing strength of functional enrichment for the genes of interest and their extended gene networks.

Finally, and perhaps most interestingly to those with personal and/or professional investment in the study of neurodevelopmental conditions, many of the genes in which these SNPs reside are known risk genes for autism and intellectual disability (ID). (This, however, does not equate that these particular SNPs are involved in risk, which would require further study– merely that other mutations in these same genes have been identified as risk factors.) 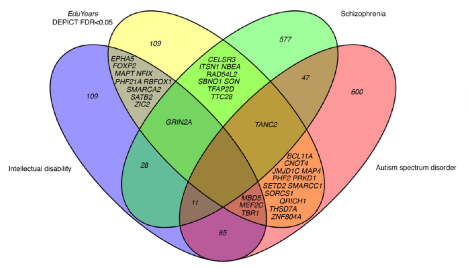 I consider this last finding intriguing since I’m fascinated by the evolution of autism risk genes and whether forces, such as the benefits of increased human intelligence, may have played a role in their gradual selection in our species. While it may not explain rare mutation events, understanding how positive selection could have driven expansion of weaker genetic variants into our populations could be a key factor in understanding the heredity of genetically complex forms of autism. If we understand how and when it happened, we may better understand why.

Ballastexistenz
Future of Research
the Exhibitionologist