Okay, so I think we all know what happens to this little goldfish when he jumps out of the fish tank and makes a mad dash for freedom.

Aside from dying rapidly from oxygen deprivation, his skin shrivels and dries out. Like all fish, his skin just can’t maintain its water levels without being in the water, and without that, even if this little guy had the aid of the fish equivalent of an oxygen tank, he would still dry out and die.

Amphibians seem to be better at this whole “land thing” than fish, especially the breathing air part, but they still must live in and very near water. Some toads seem to have developed better methods for living in drier climates, but most of them still need to live in cool, damp burrows for most of the year and avoid going out into the heat of a sunny day.

Most people tend to think of the study of skin as boring, and perhaps a couple years ago I would’ve agreed with them. After all, who wants to study something like skin when an awesome structure like the brain offers so many clues into what makes us human? It’s true that the brain is pretty friggin’ awesome. And I intend to continue to studying it. But on the side, I’ve veered into the study of another ectodermal organ, which bizarrely enough has just as much to do with our “humanness” as the brain does. And that organ is the skin.

For one thing, without the skin’s ability to retain water and to provide protection, we would never have made it out of the ocean. Though amphibians lose water from the skin more readily than reptiles, they can use various glandular emulsifiers (fatty secretions) that help to keep water trapped on the skin and prevent it from evaporating, similar to how oil at the surface of a glass of water might prevent that water’s evaporation.

Amphibians also use another tactic unique to them and all their evolutionary progeny: the stratum corneum. The stratum corneum is the uppermost layer of the skin that’s composed entirely of dead cells. These cells offer an additional protective layer preventing water loss. The cells of the stratum corneum contain fatty content within their membranes that makes the layer approximately 1000 times less water permeable than most other cellular membranes, making it an excellent defense against dehydration [1].

Reptiles, in contrast, have a one-up on amphibians in that in addition to having a stratum corneum, they also produce scales, the original prototype of our own hair follicles, which lay flat and help to trap water on the skin and keep it from evaporating. 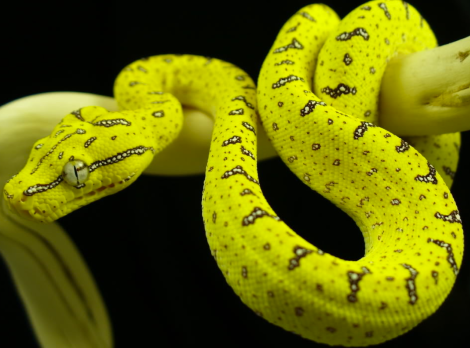 So reptiles successfully made it onto land, while amphibians are still closely tied to the waters from which they came. But one thing reptiles don’t do is generate their own heat (with the exception of an ocean turtle or two). While the skin has little to do with warm-bloodedness, it does have a lot to do with helping to maintain heat when living in cold climates. And that’s something that mammals and birds have adapted to very well. The majority of mammalian and avian coats are comprised of “down”, which is the type of hair/feather that is small, densely packed, and helps to prevent the loss of heat. This adaptation has allowed mammals and birds to invade many more climates than have reptiles and amphibians, including such extremes as the North and South Poles.

But mammals have a one-up on reptiles and even birds in that they can produce food, in the form of mammary gland secretions or “milk”, for their offspring. Now you might consider the mammary gland another issue altogether, but the mammary gland is a type of apocrine gland in the skin that produces oily, protein-heavy excretions to help protect the skin, e.g., to guard against dehydration when the sweat glands excrete water. It is believed that the mammary glands were adapted from this more basic type of apocrine gland. So a gland that developed in order to protect the skin, about 200-or-so million years ago adapted itself to feed mammalian offspring. And thus the mammals were born.

But what about the skin makes YOU human? Many people consider the human brain as most indicative of our species, and at least in terms of modern humanity that’s probably true. But that which paleoanthropologists believe most identifies the hominin line is bipedalism, the ability to walk upright. It has been theorized that, with the ability to walk upright, and even run upright, came the ability to hunt down bigger game over longer distances. But most animals can’t run for such long distances without exhausting themselves. Early humans had to not only reduce their hair growth but also to develop sweat glands, both of which would help to cool off an early hunter attempting to run down an animal. Therefore, even though nowadays we humans may consider ourselves as couch potatoes and physically weak compared to other mammals, we are one of the best long-distance runners in the world.

So as you can see, skin isn’t boring at all. It’s one of the defining factors that makes you terrestrial, makes you a mammal, and even makes you human. It holds you together, protects you from infection in numerous ways, and is constantly replenishing itself. And, for us vain humans, gives us something to shampoo and style in the morning. 😉