Though most of us in America are pretty familiar with a sense of anti-intellectualism and anti-science that pervades our culture, we’re often only familiar with the more recent iterations of this divide that’s played out across classrooms, courts, and communities, usually involving the heated debate of Evolution versus Creationism.

Some of the current flames have been stoked by the Butler Act of 1925 and the infamous Scopes Trial that forbade the teaching of Evolution in schools, the later Supreme Court repeal of the ban on Evolutionary teachings in schools in 1968, the subsequent ban on Creationist teachings in schools in 1987, and the continued mid-20th century rise of prominent evangelical sects such as the Southern Baptist Convention and the Lutheran Church-Missouri Synod that preference a literal interpretation of the Book of Genesis.

Ironically, the growing secularization of scientists and like-minded laypeople has led to a poorer representation of their viewpoints in church congregations, furthering the divide between religion and science. In short, although debates about Evolution versus Genesis have been politely ongoing since the late 18th century, events of the 20th century have thrown down the gauntlet, the gloves are off, and the sides are more polarized than ever.

But Evolution and Creationism aside, did you know that the roots of anti-intellectualism in America are much older than the heated debates of the 20th century and were not at all the result of debates over scientific theory but in fact stemmed instead from theological argument?

And what’s more, this theological argument is deeply rooted both in the manic depressive-like religious disquiet of the 16th century monk, Martin Luther, and the exuberant vanity and lust of King Henry VIII. While Luther sowed religious upheaval against the Catholic Church across Europe, Henry broke from the Pope, created the Church of England, and named himself as head, all to get the divorce (and ultimately the heir) that he so desired.

Luther’s denunciation of the Church in his 95 Theses led to the start of the Protestant Reformation and a break from the longstanding stranglehold of Catholicism over Europe. And although King Henry’s break from the Pope was for political rather than religious reasons, the schism between Church of England and the Catholic Church widened considerably with the succession of his heirs, Edward VI and Elizabeth I, during which time the Reformation movement began to influence the English church and church-goers.

Over time, an extremist Puritan sect arose in England, which believed that the Protestant reforms had not been extreme enough and too many Catholic practices had been retained in the new church. The Puritans rose to prominence due to the First English Civil War (1642-1646) but were ultimately unseated following the Restoration of the English monarchy in 1660.

The coronation of King Charles II at the time of the Restoration.

For those of us who managed to stay awake through part of our repetitively dull United States History lessons we know that some of the Puritans, not being terribly thrilled with English life prior to the English Civil Wars, left England for the New England colonies. So as to avoid accusations of treason, this was typically done under the guise of “business,” such as the Massachusetts Bay Colony trading company that founded Boston. (Six years after arriving, they also started Harvard University, which at its heart was a seminary, similar to other universities of its day.)

And thus came Puritanism to America. However, although we often think of the Puritans as extremists who were intolerant of other religious sects such as the Quakers (all of which is true), their clergy were in fact well-read and highly educated, many of whom had been trained at Oxford or Cambridge. In short, they were a book-wormy pensive sort of folk, in spite of being immigrants to a brave rough new world.

Cue the Revivalists. Along came traveling preachers who had been born out of the earlier Reformation. Preachers such as George Whitefield who helped stoke the flames of a growing distaste of church-goers for the boring liturgical traditions that all too often represented the old Catholic ways. Whitefield and his ilk offered on-the-spot fiery sermons, redemptions, and proselytizations that entertained congregations and offered salvation at a cheaper more attainable price: through faith.

In contrast to the Puritans and most other liturgical (as opposed to evangelical) sects, the “New Lights” believed that truth could only be known through the Bible itself and that every lay person was expected to read and interpret it. Evangelicals believed that religious education, as clergy had received for many centuries, had sullied their interpretations of the “good book” and led instead to cold sermons and unmoved (and ultimately damned) parishioners. They believed that emotion and religious conversions were at the heart of salvation and evangelical ministers traveled the New World, converting frontiersmen as they went.

People soon began to associate emotion with the new religion. Meanwhile, rationalism and education were seen as Old World European sins associated with the Catholic Church and its not-so-distant cousin, the Church of England.

In time, the fervid belief against traditional clerical education led to a distrust of education in general amongst evangelical sects. This, paired with the fact that evangelicalism exploded across the backwater western and southern frontiers amongst people who had little access to church let alone education, meant that anti-intellectual sentiment in the young United States was destined to burgeon with its rapidly expanding rural population. Meanwhile, although evangelical sects such as the Baptists and Methodists eventually spread into cosmopolitan areas such as Boston, the nature of the sects in these areas became more conservative and traditional in contrast to the same churches in the south and the west.

Finally came the Industrial Revolution to America to solidify the anti-intellectualism that religious division had started. Even though, what with the rapid development of new technologies, one might assume that intellectualism would have been embraced,– in America the “Self-Made Man” came into being. He was the rugged industrialist who was born into poverty and through hard work, tenacity, and a bit of luck, manages to become a New World tycoon. He wasn’t an educated man, though he was smart. No, he was a man who didn’t need education to become a success. He made himself. 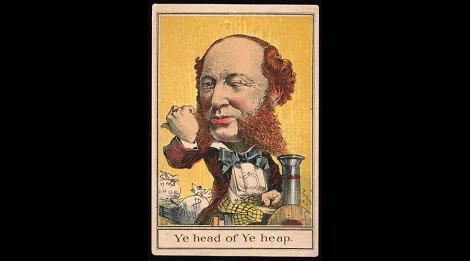 And these are the lessons we’ve inherited from our ancestors here in this country: that intellectualism and education are at odds with religious belief and that education isn’t necessary to make a success of oneself and it is in fact more impressive and admirable to do so without it. Of course, these beliefs are not held to the same extent throughout every sub-culture in America. As it was during the time of the Great Awakening, evangelicalism didn’t infiltrate metropolitan areas with the same zeal and even today cities often remain a stronghold for religious conservatism (in the traditional sense of the word), if not downright secularism. They are often the seats of larger now-secular universities that attract a pro-intellectual population.

Ironically, all the while evangelicalism was gaining its massive foothold, our Founding Fathers were applying intellectual ideals of the Enlightenment to our post-revolutionary government and the new Constitution. This is of course unsurprising since many of our Founding Fathers were in fact intellectuals themselves and not traditionally religious (for instance, Benjamin Franklin was a deist). And thus we have a bizarre mixture of pro-Enlightenment and anti-intellectual ideals that are tied to the very heart of this country. 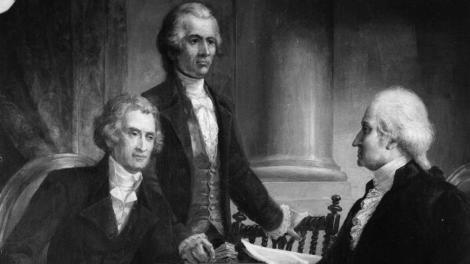 In short, our debates of today over Evolution and Creationism can be looked upon geographically in terms of the success of the spread of evangelicalism and its tenants versus the continuing foothold of Enlightenment ideals. What with the continued rise of secularization in modern day, this divide grows ever larger– despite that many of the ideals of these movements grew out of the same Protestant Reformation. A break from the Catholic Church was the major impetus that spurred much of Europe’s drive towards rapid change. It was the final death knoll to feudalism, it was the nod towards scientific advancement, and it was the ultimate precedent set for freedom of choice and individuality. Finally, people felt they were allowed to choose– to choose their God, to choose their governance, and to make known their opinions. It was the start of the Age of the Common Man.

One response to “The Roots of American Anti-Intellectualism”