Why is autism diagnosed more often in boys than girls? True, there is some evidence to suggest that the diagnostic criteria themselves were based primarily on males and therefore better reflect autism as it occurs in the male sex. There is also genetic evidence that indicates females who are lower functioning are that much more likely to carry loss-of-function (LOF) mutations than their male counterparts. But is there another piece to add to this ever-growing puzzle of sex differences in the autism spectrum?

In a multisite collaborative effort, a group of scientists has found exactly that. The team looked at single nucleotide polymorphisms (SNP) (common gene variations) associated with autism, investigating a variety of possibilities how sex differences may arise:

One of the results I personally found surprising was that, when it came to common gene variants, females didn’t appear to have any heavier genetic load than the males. There were, however, definitely sex-associated SNPs that occurred on the X chromosome. 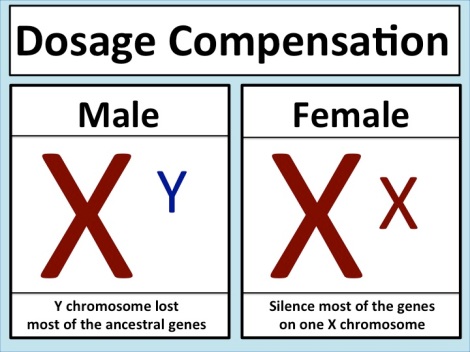 There also wasn’t any evidence that risk genes were especially targeted by hormones and didn’t vary much in expression patterns in the brain across the sexes.

This suggests that, evolutionarily, as the human form has changed so has risk for autism. And it also suggests that hormones have played roles in the different expression patterns of risk genes across the sexes. As such, female hormones may be a protective factor against greater autism severity through differentially affecting specific risks genes that, in turn, also play roles in determining physical characteristics like height and body mass.

"Never be so wedded to a theory that you find divorce unthinkable."
PainPalsBlog

The Silent Astronomer
The Thesis Whisperer