I took an Endocrinology course awhile back with a professor who has been in the field of cancer research for decades. Along with a growing number of researchers, he had (and still has) a fond fascination for the estrogen receptor, particularly in relation to breast cancer, an unpleasantly common phenomenon nowadays. And I remember he would say to every class, “Even though my wife hates it when I say this, the estrogen receptor is highly promiscuous!” Everyone would chuckle a bit, and then he’d explain.

It’s true, the estrogen receptors (ERs) are a group of highly promiscuous receptors who accept an unusually high number of endogenous (native) and foreign ligands. For those not familiar with the concept of ligand-receptor pairings, we’ll use the transmitter, serotonin, as an example with which most people have a little familiarity: this neurotransmitter is released into the synapse from one cell and docks on the serotonin receptor in an adjacent one, thereby activating that receptor and various downstream events within the receiving cell. This is the basic concept of ligand-receptor action, kind of like a key in a lock which opens a door. The opening door in this case is some sort of downstream chemical action in the receiving cell.

The ER has a variety of locations within the cell: 1) within the outer membrane, 2) bound directly to DNA, and 3) within the cytosol. Its numerous ligands can either behave agonistically meaning that they dock and stimulate receptor activation, or antagonistically, failing to activate the ER and preventing native estrogens from docking in the receptor. The levels of agonism and antagonism can also vary by binding partner based upon their binding affinity (how well they bind to the receptor) and unique chemical makeup.

Normally one thinks of a cellular receptor, like the serotonin receptor or dopamine receptor, as being relatively selective in the partners it binds. But not so the ER. At present, scientists have been able to identify no less than 47 man-made endocrine disruptors, including a wide variety of synthetic xenoestrogens (foreign estrogens) such as various metals like copper, mercury, nickel, and lead; compounds used in the production of plastics such as bisphenol A (BPA) which have a tendency to leach into food products; and some pesticides and herbicides like DDT and Atrazine [Wittliff & Andres, in press, 1, 2, 3, 4].

Aside from the unusual number of binding partners which the ER has, why is its promiscuity of such interest? Because it means that the estrogen receptor may be particularly sensitive to changes in the environment, a receptor version of a canary in the coal mine. Granted, a number of xenoestrogens are synthetic, such as various compounds within plastics and some pesticides, but some, like phytoestrogens (produced by plants) and mycoestrogens (produced by fungi), are naturally occurring exogenous agents which are present in our everyday environments, especially within the foods we eat [5].

Since the 1970s, there has been growing concern over foreign estrogens’ capacities to disrupt normal hormonal cycles in humans, particularly in light of the man-made xenoestrogens which are now far more common to our environment than ever [6, for example]. These xenoestrogens, along with other endocrine disruptors, have received considerable attention especially in the fields of cancer research and infertility [7, 8]. In fact, estrogens in general have been of keen interest to cancer studies and have been dubbed a naturally occurring weak carcinogen [9].

Pathologies relating to xenoestrogen exposure have been of primary concern in research, and understandably so. However, what I find even more fascinating is the existence of naturally occurring xenoestrogens from plants and fungi, xenoestrogens which have probably been a part of animal diets for many millions of years. The ER is a very old conserved gene product whose ligand, estrogen, shares the characteristic multi-ring structure that typifies cholesterol and its steroid derivatives. Many phyto- and mycoestrogens share similar ring structures [10]. 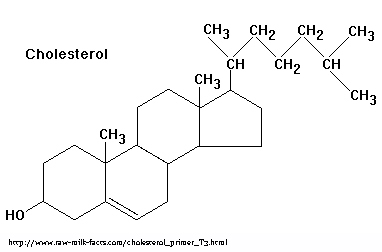 Not unlike the mitochondria which is no longer capable of independence from its host eukaryotic cell or like our own intestines which no longer form or function properly without their microorganismal compadres, perhaps these naturally occurring xenoestrogens are an integrated part of our endocrine system upon which we are now relatively dependent. Like the old axiom says, “If you don’t use it, you lose it.” And in this case, if our bodies were able to glean a portion of our supply of hormones from food products, not unlike the essential fatty acids omega-3 and -6 we also consume from plants, then why continue to make from scratch that which is already provided? In this case we would still metabolize our own native hormones but not to the same extent we might otherwise.

Time and further research will tell whether this may be true or not. But regardless of its veracity, xenoestrogens certainly appear to be having marked effects on current health and development especially when one considers the absolute levels of natural and man-made xenoestrogens to which we are now exposed in our environments.We have probably co-evolved with phyto- and mycoestrogens for some time, but we’ve really only been exposed to synthetic estrogens since the industrial age. And every day it seems like some new study discovers yet another product that contains a hormone-mimicking substance and how it may be linked with increased cancer risk or premature pubescence.

It all raises the question: Is the estrogen receptor a canary in the coal mine of our modern era?